A packet is a fixed piece of information sent across a network.  Whenever information is sent, the packet creation process commences.  It consists of three elements.

Many networking professionals use the terms 'packet', 'datagram' and 'frame' interchangeably.  Although the use is accurate most of the time, packet' is a generic term for any piece of information passed through a network.

1.   It gives developers the necessary universal concepts so that they can develop and perfect protocols.
2.   It explains the framework used to connect to different systems, allowing clients and servers to communicate even if
they are using different applications and operating systems - all they need is a common protocol, such as TCP/IP or
IPX/SPX.
3.   It describes the process of packet creation (breaking down).

Networks are built using the OSI/RM, just as buildings are constructed from a blueprint.
USER NAME
The user name is identified by the part of the address before the @ and is also known as the email account.  These addresses may include dots, underscores or numbers, in addition to letters.
DOMAIN
The part of the address after the @ is the domain name of the organisation. 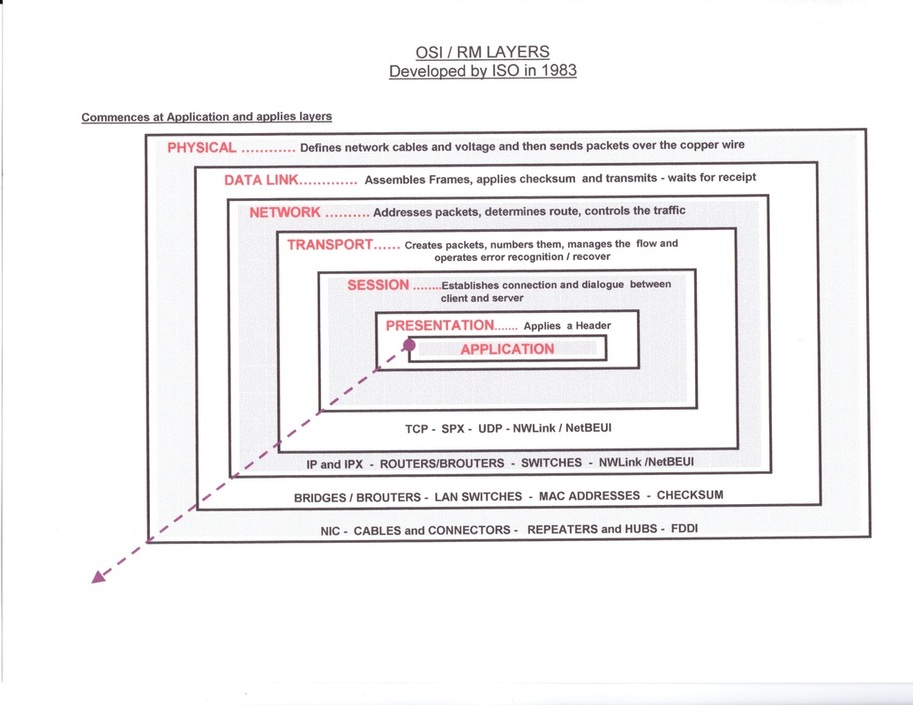 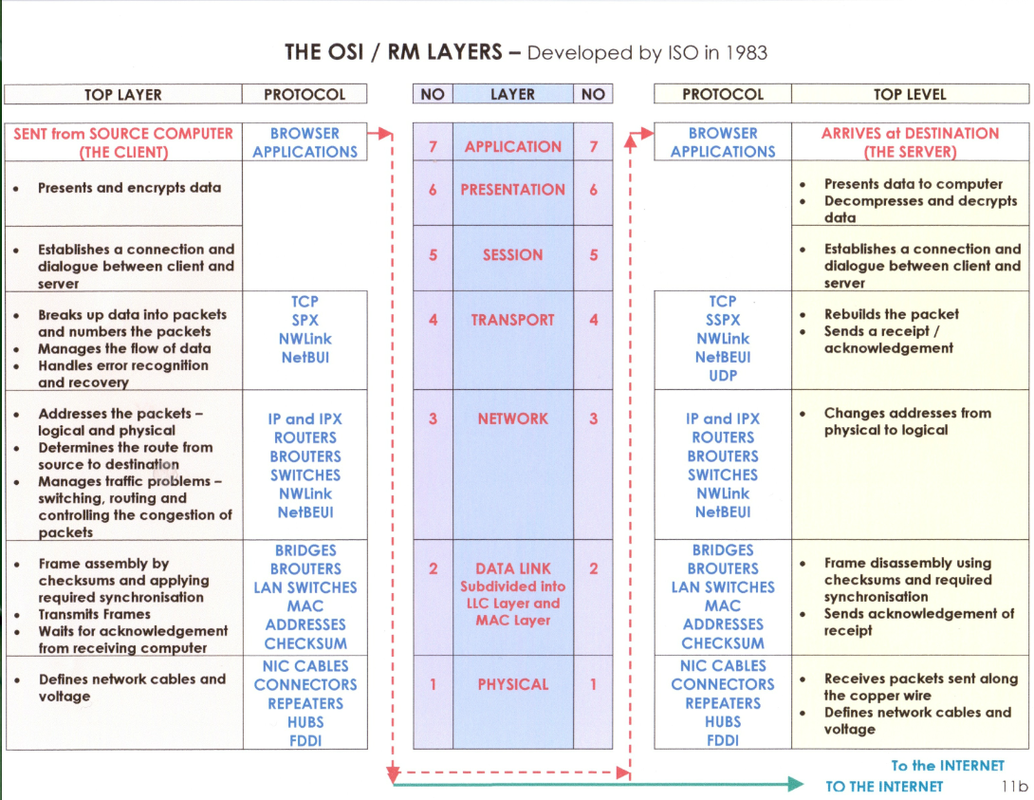